Using elevators in a fire

On November 7, more than 400 Dutch building owners, advisers, health care professionals, and firefighters came together at the National Congress organized by Liftinstituut to discuss the use of elevators in a fire. One of the conclusions was: "The statement ‘in case of fire, do not use the elevator’ merits reconsideration." 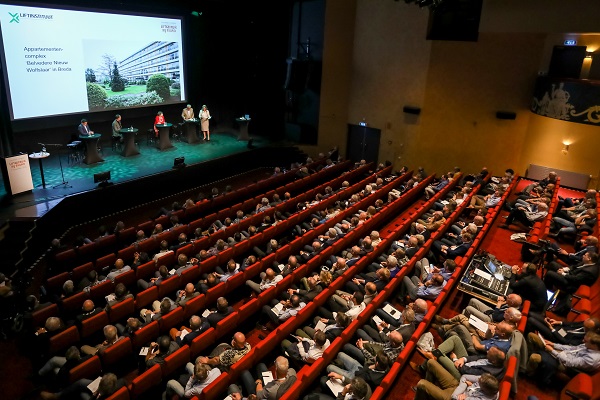 In the Netherlands, the use of an elevator in a fire is normally not usual , as is the case in many other countries. In the event of a fire, there is no elevator available, or it is a fire-fighting elevator, e.g. to be used by the fire service in accordance with EN 81-72. This also appears to be common knowledge among users; if you ask anyone, they will confirm this. However, in Dutch law, it is not forbidden to use these standard elevators when there is a fire in the building. At present, elevator manufacturers do not accept liability if standard elevators are used for evacuation in the event of a fire.

In the Netherlands, there is also a growing awareness that it is necessary to use the elevator(s) to evacuate older people and those who are less independent or mobile from a building in case of a fire. Practice shows that they are not able to use the stairs to flee in time.

At a National Congress on November 7, elevator manufacturers, the government, building owners, and the fire brigade discussed the possibility of using standard elevators for evacuation in the event of a fire as well as during the period before the fire and rescue personnel arrive on site. They addressed new elevators as well as existing elevators. It appears that this is possible provided that a number of technical, organizational, and architectural measures are taken. As this is different for every elevator and building, a risk analysis must be performed for every building to define the requirements and limitations for using the elevator if it is used in the event of a fire.

During the Congress, the result of a survey among building owners in the Netherlands was presented. A majority of them agreed to include an obligation in the Dutch Building Regulations to provide new residential buildings for seniors with an elevator that can be used in the event of a fire to evacuate those who are less independent or mobile. This can be an evacuation elevator in accordance with CEN/TS 81-76 (operation by an emergency officer necessary) or a ‘self-operated evacuation elevator’ based on a risk assessment and specific local requirements (e.g. on the basis of standard A 17.1 + OEO). The majority of the visitors on the congress expressed itself not to include any obligation for an evacuation elevator in the regulations: ”let us not wait for regulations, let us pick this up out of our responsibility as an building owner.”