Consequences of Brexit for manufacturers of CE marked products

Many types of products may only be marketed within the European Economic Area (EEA) if they are provided with a CE mark. What are the consequences of Brexit for manufacturers of CE marked products?

The arrangement in Europe is such that these guidelines are published in the Member States, which then have a specific period of time to implement it into national law. One example concerns the Machinery Directive, which is incorporated in the Netherlands in the Commodities Act for machinery and in 'The Supply of Machinery (Safety) Regulations' in the United Kingdom.

In short, products covered by CE regulations must (demonstrably) comply with the applicable CE regulations when introduced to markets within the EEA. What does this mean for the UK, and especially for manufacturers located there, now that Brexit appears to be a reality? 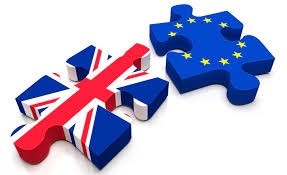 Since the United Kingdom is accustomed to EC regulations (in fact, it is one of the leaders), we anticipate no major changes in terms of impact on trade. The most logical solution would be to enter into a "Mutual Recognition Agreement" between Europe and the United Kingdom. An alternative could be for the United Kingdom to leave the European Union, but to remain part of the EEA (as in the case of, for example, Norway and Iceland). Even if this is not the case, the consequences for manufacturers will certainly not be a problem in the 'short' term. Consulting agency D&F does not expect the national legislation in the United Kingdom (where the European product directives are currently integrated) to change fundamentally. The most obvious solution is for the UK to maintain the 'CE level' and to choose an available route to achieve that.

Consequences for the future

The question is how the United Kingdom will deal with amendments and/or new European Product Directives in the future after Brexit. One purely theoretical, but unlikely possibility is that they could decide to include other (heavier or lighter) requirements in the field of safety, health and environment in their national legislation. This could create significant problems for the national manufacturers. The consequence would be that these manufacturers could no longer take their products to the market in the EEA, or that they would have to develop two versions of their products to cover the national market and the EU market.

What is also unclear, and this depends on the outcome of the negotiations concerning the withdrawal from the EU, is what the consequences will be with respect to participation in the so-called 'EU committees', such as the Machinery Working Group. In addition, the English language could also be eliminated as the official language of the community. In contrast to, for example, the user instructions, which must be available in the language of the Member State, the technical dossier can be drafted in any official language of the community. Brexit could therefore result in manufacturers having to compile their Technical Dossiers in a language other than English.

Brexit could also create problems for other international manufacturers if they only have an importer or authorised agent in the United Kingdom. These manufacturers may have to find an alternative within the EEA. The United Kingdom certainly offered a communication advantage for English-language manufacturers outside the EEA, as a choice of location for the agent or importer. If another person is authorised to compile the Technical File, it must also be adapted to the EC/EU declarations of conformity. In addition to the consequences for manufacturers, Brexit could also affect the so-called "Notified Bodies", which could potentially lose their accreditation.

Negotiations and agreements determine the impact

Brexit does not mean the end of CE marked products from the UK, but will certainly affect manufacturers, importers and authorised agents of CE marked products related to the UK. The exact influence and impact will however depend on the agreements in this field between Europe and the United Kingdom. This will undoubtedly not be arranged overnight, and the ball is in the UK's court!

The UK has now adopted the Great Repeal Bill. In a nutshell, this means that all EU regulations which currently apply directly will be converted into national UK legislation. In addition, European regulations that have already been incorporated into national UK legislation will be transposed into new UK laws after Brexit on a one-for-one basis as much as possible. You can assume that the UK will transpose all current legislation and that little will change as a result. Dennis van Loon from D&F Consulting is more cautious. Roughly 14.3 percent of UK legislation is more or less European legislation and must be converted into national UK legislation in two years. This includes the thirty or so European CE directives, such as the Machinery Directive. Van Loon: ‘It is striking that the Great Repeal Bill devotes attention explicitly to legislation relating to immigration, trade and employees’ rights, but not to the safety or conformity of product groups. The problem with the CE directives is that they cannot be converted into UK legislation one-for-one. They are designed exclusively for the European Economic Area (EEA). By setting minimum requirements for products within the EEA, they can be marketed without any obstacles. The UK can certainly transpose these requirements, but not the legal framework or the references to other European laws and regulations.’