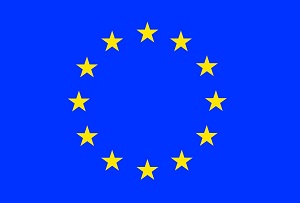 The new directive in a nutshell

Broadly speaking, what does this directive now mean for the world of elevators and related machinery? The new Machinery Directive has been created because the existing one was no longer in line with the new approach being implemented in all directives. In addition, it turned out that a number of products needed to be added to the scope of the directive in order to remove ambiguities that had arisen. It also transpired that there was room for editorial improvement in the current directive and that in some cases, particularly with elevators, the distinction between the directives had to be clarified. In addition, the general safety requirements have also been reinforced. The ultimate goal of the revised directive is to consolidate Europe’s competitive position in the global market. A noticeable change in the area of certification is the limitation to the validity of the product certificate. At present, the certificate is valid indefinitely. This is set to charge with the advent of the new Machinery Directive. The validity period will be five years maximum.

Incidentally, the new Machinery Directive will not be published in paper form, just digitally, via the internet. The reason for this is that this will allow a faster response to changes. For example, the list of safety components (Article 2c) is dynamic. Distributing the new Machinery Directive just digitally will make this much easier to supplement. It is therefore important to keep a close eye on the changes.

To make the new Machinery Directive function even better, the European Committee for Standardization (CEN) has been given the mandate to revise standards that relate to this directive in order to bring them into line with this new directive. It is therefore not inconceivable that all relevant standards will be cleaned up in the near future.

The Lifts Directive allows for the “self-certification” of products within the compliance procedure by pursuing a quality system certified by a Notified Body (NoBo). This may produce advantages for larger organizations. The condition, however, is that the quality system has been certified by a NoBo that specializes in that field.

This option will also be introduced with the advent of the new Machinery Directive. Depending on how all this will be worked out in the standards committees, this means that it will be possible for manufacturers to execute compliance procedures entirely or partially under their own management provided that they have a quality system that has been certified by an expert NoBo. This applies, in any case, to the complete machines and safety components listed in Annex IV to the directive.